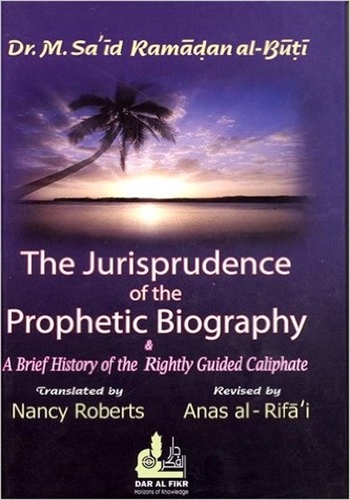 This Book is the subject of a course by Shaykh Faraz Rabbani.

This course will mainly use Shaykh Muhammad Sa`id Ramadan al-Buti’s, Jurisprudence of the Prophetic Biography (whose title should have ideally been rendered into English as Lessons from the Life of the Prophet) to look into the Prophet’s life in detail. Shaykh Buti’s text is widely regarded as one of the best Prophetic biographies written in the 20th century and one of the most beneficial ever. Shaykh Buti goes beyond mere narration of the events of the Prophet’s life to look at the lessons and ‘religious understanding’ that can be gleamed from it.

This is an Ideal Book to Learn about