Ash-Shāfi’ī said, “After the Book of Allah, there is no book on the face of the earth sounder than the book of Mālik.” ‘Alā’ ad-Dīn Maghlaṭāy al-Ḥanafī said, “The first person to compile the ṣaḥīḥ was Mālik.” Ibn Ḥajar said, “The book of Mālik is sound by all the criteria that are demanded as proofs in the mursal, munqaṭi’ and other types of transmission.” As-Suyūṭī followed Ibn Ḥajar’s judgement and said, “It is absolutely correct to say that the Muwaṭṭa’ is sound (ṣaḥīḥ) without exception.” Al-Bukhārī and Muslim transmitted most of its ḥadīths and included them in their Ṣaḥīḥ collections. The authors of the rest of the six books, the Imām of the ḥadīth scholars, Aḥmad ibn Ḥanbal, and others did the same. But, in addition, the Muwaṭṭa’ contains a record of the practice of the people of Madīnah of the first generations, a transmission of the ethos that permeated the city and Imām Mālik’s painstaking clarification of the Sunna, the ḥadīths, the practice and legal judgements. Imam Mālik’s full name is Mālik ibn Anas ibn Mālik ibn Abī ‘Āmir al-Aṣbaḥī and he was related to Dhū Aṣbaḥ, a sub-tribe of Ḥimyar. He was instructed in the learning and recitation of the Noble Qur’ān by Imām Nāfi’ ibn ‘Abd ar-Raḥmān ibn Abī Nu’aym, the Imām of the reciters of Madīna and one of the “seven reciters”. Among the huge number of his teachers in ḥadīth and fiqh were Nāfi’, the mawlā of ‘Abdullāh ibn ‘Umar and Ibn Shihāb az-Zuhrī. He sat to give fatwā when he was seventeen years old after seventy Imāms had testified that he was worthy to give fatwā and teach. His own students included Imām ash-Shāfi’ī and Imām Muhammad ibn al-Ḥasan ash-Shaybānī the Ḥanafī mujtahid, as well as a great number of Imāms of ḥadīth and fiqh and thus he is known as Imām al-A’immah ‘the Imām of the Imāms’.

Imam Mālik’s full name is Mālik ibn Anas ibn Mālik ibn Abī ‘Āmir al-Aṣbaḥī and he was related to Dhū Aṣbaḥ, a sub-tribe of Ḥimyar.  He was instructed in the learning and recitation of the Noble Qur’ān by Imām Nāfi‘ ibn ‘Abd ar-Raḥmān ibn Abī Nu‘aym, the Imām of the reciters of Madīna and one of the ‘seven reciters’.

Among the huge number of his teachers in ḥadīth and fiqh were Nāfi‘, the mawlā of ‘Abdullāh ibn ‘Umar, and Ibn Shihāb az-Zuhrī. He sat to give fatwāwhen he was seventeen years old after seventy Imāms had testified that he was worthy to give fatwā and teach.

His own students included Imām ash-Shāfi‘ī and Imām Muhammad ibn al-Ḥasan ash-Shaybānī the Ḥanafī mujtahid, as well as a great number of Imāms of ḥadīth and fiqh, and thus he is known as Imām al-A’immah ‘the Imām of the Imāms’.

He is recognised to be the subject of the hadith from Abū Hurayra:

“The Messenger of Allah, peace be upon him said, ‘There will come a time when the people will beat the livers of their camels in search of knowledge and they will not find an ‘ālim with more knowledge than the ‘ālim of Madīna.’”

She is co-translator, with her husband Shaykh Abdalhaqq Bewley, of The Noble Qur’an, a New Rendering of its Meaning in English.

Other works include her translation of The Meaning of Man of Sidi Ali al-Jamal, Muhammad Messenger of Allah – ash-Shifa of Qadi ‘Iyad, Muhammad ibn Sa‘d’s Kitab at-Tabaqat al-Kabir, and of her own authorship: Mu‘awiya – Restorer of the Muslim Faith, A Glossary of Islamic Terms, Islam: The Empowering of Women and Muslim Women, a Biographical Dictionary.

This is a Commentary on the abridged form of Imam Tirmidhi’s (209 – 279 AH) famous Shamaa-il, in which he has recorded everything about the Holy Propet (S.A.W) on the authority of the Companions, and collected 397 ahadith which are devided into 55 Chapters. Drawing A pen picture of the Holy Prophet’s (S.A.W) physical features manners and characteristics.

This English translation and commentary is of the Khasaa-il Nabawi Sallallahu ‘Alayhi Wasallam by the late Shaykhul Hadith Maulana Muhammad Zakariyya.

It is indented to enable a Muslim to achieve a link and connection with the one whom Allah Ta’aala has made as a mercy unto mankind, and most certainly Allah has spoken the truth when He mentions in His Book:

‘Verily, you (0 Muhammad) are of a very high (noble) character”.

Shaikh ul Hadith Maulana Muhammad Zakariyya Kandhelwi writes the following in the Preface to this book:

Imam Muhammad ibn Easa ibn Sawrah ibn Musa Tirmidhi was born in the year 209 A.H. during the reign of the Abbasid Khalifa Ma’mun al-Rashid. Having grown up in an environment of learning, together with possessing many great qualities naturally drove Imam Tirmidhi to dedicate his life totally towards the field of Hadith. He obtained his basic knowledge at home and later travelled to far off lands in search of this great science.

He studied Hadith under great personalities such as Imam Bukhari, Imam Muslim and Imam Abu Dawud. In some narrations Imam Bukhari and Imam Muslim are his students as well. According to Ibn Taymiyya and Shah Waliullah, Imam Timidhi was an independent Jurist (Mujtahid). Moulana Anwar Shah Kashmiri is of the opinion that he was a Shafi`i.

He spent 55 years teaching Ahaadith. of which 45 years were spent in teaching Bukhari Sharif.As an author he wrote many important books. Awjazul-Masaalik, commentary of Muatta Imam Malik in fifteen volumes and La’miud-Dirari, commentary of Sahih-al-Bukhari, consisting of over ten volumes. He has also written a compilation of books on virtues in various different subjects.

In the last century, India has undoubtedly become an important center for the study of hadith, and the scholars of India have become well-known for their passion for religious knowledge. Upon them ended the era of leadership in teaching hadiths, codification of the special fields (funun) of hadith, and commentary upon its texts (mutun).

He was given the honorary title of Shaykh al-Hadith, or “Great Scholar of Hadith,” by his teacher, Shaykh Khalil Ahmad Saharanpuri, who recognized his deep insight, clear-sightedness, and extensive knowledge of hadith and related sciences.

The Compendium of Knowledge and Wisdom is the translation by Abdassamad Clarke of the masterwork of Ibn Rajab al-Hanbali, the Jami’ al-‘ulum wa ‘l-hikam, which is his commentary on fifty hadith including the Forty of Imam an-Nawawi. Every hadith is one of those considered by the ‘ulama essential for knowledge of the deen. The topics range from the most exacting treatments of the affairs of the shari’ah to luminous expositions of the spiritual sciences of Islam.

Among the best known most referenced works of Ibn Rajab al-Hanbali is Jami’ al-‘Ulum wa al-Hikam, the commentary on al-Arba’in (the forty hadith) of Imam Nawawi. He added eight hadith to the original 42 and commented in detail on all of these fifty hadith. This commentary discusses all aspects of the hadith, the chain of narrations, the narrator and the text.

Imam Ibn Rajab al Hanbali (736 – 795 AH) was the noble Imaam, the Haafidh, the Critic, Zayn-ud-Deen Abdur-Rahmaan bin Ahmad bin bdir-Rahmaan bin al-Hasan bin Muhammad bin Abil-Barakaat Mas ood As-Salaamee Al-Baghdaadee (due to his place of birth), Al-Hanbalee (due to his madh-hab), Ad-Dimashqee (due to his place of residence and death). His kunyah was Abul-Faraj, and his nickname was Ibn Rajab, which was the nickname of his grandfather who was born in that month (of Rajab).

He was born in Baghdad in 736H and was raised by a knowledgeable family, firmly rooted in knowledge, nobility and righteousness. His father played the greatest role in directing him towards the beneficial knowledge.

Al-Haafidh Ibn Rajab, may Allaah have mercy on him, was deeply attached to the works of Shaikh-ul-Islaam Ibn Taimiyyah, for he would issue legal rulings according to them and would constantly reference his books.

This is since he served as a student under Ibn Qayyim al-Jawziyyah, the most outstanding student of Shaikh-ul-Islaam Ibn Taimiyyah, may Allah have mercy on all of them. But in spite of this, he (rahimahullaah) wasn t a blind follower or a fanatical adherent (to his teacher). Rather, he would review, authenticate, verify and follow the evidences.

Al-Haafidh Ibn Rajab, may Allaah have mercy on him passed to the realm of the Akhira in Ramadaan, 795H in Damascus.

Abdassamad Clarke is from Ulster and was formally educated in Edinburgh. He accepted Islam at the hands of Shaykh Dr. Abdalqadir as-Sufi in 1973 and later studied in Cairo. He has translated a number of classical Arabic works and is currently an imam and teacher at the Ihsan Mosque, Norwich, UK and Dean of the Muslim Faculty of Advanced Studies.

Compiled during the reign of Mansur, the second Abbasid Caliph, Muwatta’ of Imam Malik passed his entire life in Medina and, therefore, had direct access to the most reliable authorities on hadith because most of the leading Companions and their Successors lived and died there and narrated traditions. The Muwatta’ is based on the traditions narrated by them and the juristic verdicts given by them, and thus it deals only with such ahadith as have a bearing on juristic verdicts.

The translator is a well-known scholar. he has done full justice to the work undertaken by him. He has provided exhaustive explanatory footnotes wherever necessary. 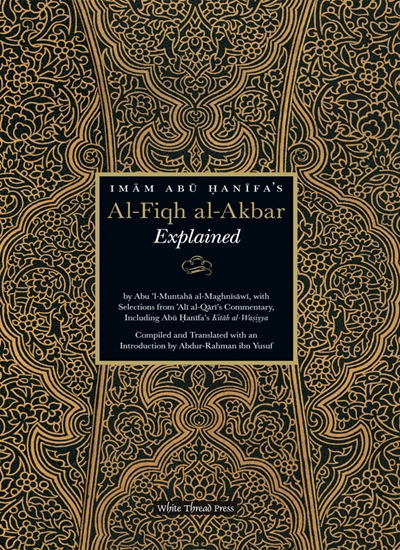