Maulana Ashraf Ali Thanawi (1863-1943)was one of the greatest Scholars of the last century. In his era some ‘New-Age Muslims’ had fallen prey to Empiricism, and had begun to challenge and object to the most fundamental tenets of Islamic belief.

Mawlana Thanawi proves that the objections raised by the Western-oriented Muslims are irrational. Not only are Islamic creedal tenets defined in revelation (the Quran and the Hadiths), but they are rational as well. In his famous treatise, Answer to Modernism, he lays down seven principles by which all of these modern objections can be refuted. The study of these principles will prove to be an intellectual tool for Muslims living in contemporary times. These principles will rationally aid the Muslims to refute all modern notions in contradiction with the Quran and the Hadiths

About the Author:
Maulana Ashraf Ali Thanwi was born in 1280 A.H. in the village of Thana Bowan. His desire for Deen was initiated by his initial ustaad Moulana Fateh Muhammed Saheb.Commonly referred to as Hakim al-Ummat (‘Sage of the Ummah’), was a giant among the Islamic scholars of the twentieth century. He was a master in all branches of Islamic scholarship including Qur’an, Hadith, Fiqh and Tasawwuf. A prolific writer, he had more than a thousand publications to his credit. He wrote for the minimally literate as effectively as he did for scholars. Nearly a century later some of his books remain as popular as they were when originally published.
Moulana’s Teachers were all great luminaries of their time. The most important amongst them was Moulana Muhammed Yaqub Saheb from whom he achieved the greatest amount of knowledge and spiritual benefit.
He learnt qiraat from the well-known Qari Muhammed Abdullah Saheb Muhajir Makki, during his student days in Deoband he desired to make a pledge on the hands of Moulana Rasheed Ahmed Gangohi but he ended becoming a desciple of Hajee Imadadullah.
Maulana Ashraf Ali Thanwi spent his entire life serving deen in every field. he passed away in Rajab 1362 A.H. (1943).

Verily, in the heavens and the earth are signs for those who believe.
(Sura al Jathiya, 45:3) 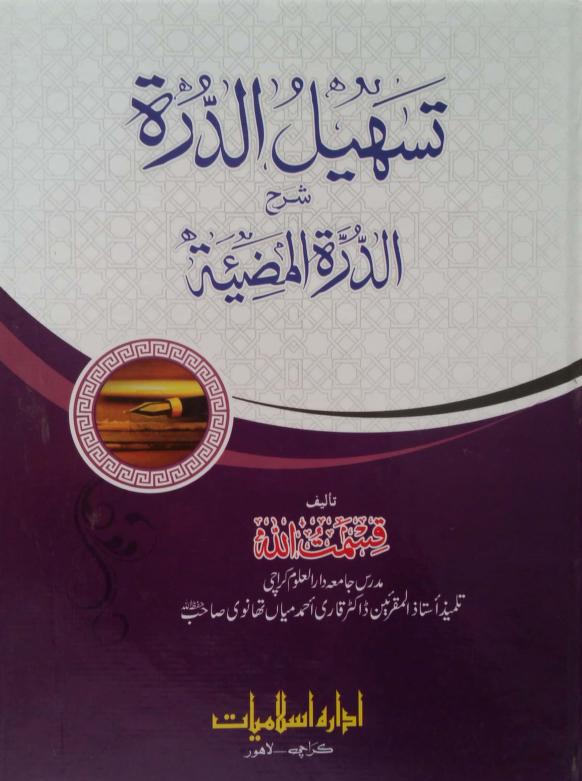